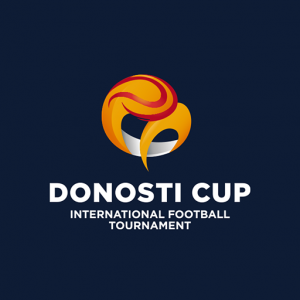 The Donosti Cup, Spain’s top soccer tournament, attracts over 350 teams from 23 nations every year to beautiful San Sebastian, Spain. Established in 1992, this year’s tournament takes place from July 3 – 9, 2023. The tournament is open to clubs of any sporting level and teams are guaranteed a minimum of 4 matches.

The following player age groups are invited to participate in this year’s tournament:

The city of San Sebastian includes 3 fantastic beaches, Parisian-style streets, museums, gardens and great food. In addition to enjoying the sights and sounds of San Sebastian, the tournament features a popular social program including an exciting opening ceremony, dances and parties for teams and a special dinner for participants.

DAY 1:
Flight from the United States to Barcelona, Spain.

DAY 2:
Your team’s 24-hour Tour Director will meet us at the airport, followed by a bus ride via private coach to your team hotel. After a welcome meeting and orientation, you’ll enjoy a guided tour of Barcelona then on to dinner at the hotel.

DAY 3:
After breakfast, you’ll start the day off with a morning training session.  You’ll then enjoy a Camp Nou Stadium Tour before heading to San Sebastian.  You’ll have dinner at your hotel this evening.

DAY 5:
Your team will play its second group stage match.  After your match, you’ll continue your guided tour of San Sebastian before returning to the hotel for dinner.  You’ll end your day with some free time to explore the Donosti Cup Fan Zone and pick up some great souvenirs.

DAY 7:
Your team will participate in the third round of the Donosti Cup.  After your match, enjoy some time at Biarritz Beach, a resort town on the Bay of Biscay.

DAY 8:
The Donosti Cup Playoff Round matches begin this day.  After your match, you’ll depart for the Basque Coast.  Some of the highlights of this day include ascending to the top of Monte Urgull as well as some free time at La Concha Beach.  You’ll have dinner at the hotel before having more time at the Donosti Cup Fan Zone.

DAY 9:
If you win your playoff match, you’ll compete in the Donosti Cup Finals.  Otherwise, you’ll travel back to Barcelona for some free time.

DAY 10:
Depart from Barcelona, Spain and return to the United States.