WorldStrides Sports is dedicated to delivering the best international sports tour experience possible. If you would like to learn more about how WorldStrides Excel Programs can help you plan an international sports tour, please feel free to contact us at any time by filling out the form below or contacting us via email (sports@worldstrides.com) or phone (410-489-2287). 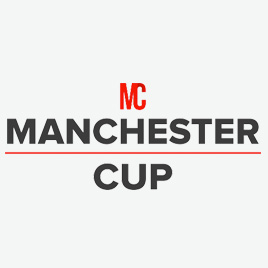 The Manchester Cup is the largest international soccer tournament in the U.K. Played on the incredible facilities of Manchester Leading University Sports Complex, this year’s event take’s place April 11th–April 12th, 2020 close to two of the biggest clubs in English football – Manchester United and Manchester City. Don’t miss this opportunity to compete against teams around the world before thousands of fans and scouts from the English Premier League.

The following player age groups are invited to participate in this year’s tournament:

Time off the soccer field is easily spent absorbing Manchester’s renowned soccer culture. Aside from the two big clubs in town, you’re also in striking distance of the National Football Museum, a must-see for anyone even remotely interested in England’s history and enchantment with the game.