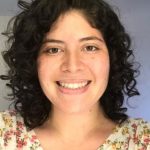 PARIS, France — June 7, 2019 —  Over the next month, WorldStrides, the nation’s largest accredited educational travel provider, will bring 1,300 student soccer players, coaches, and families to France to cheer on the most successful United States women’s national soccer team in history at what is expected to be the most attended FIFA Women’s World Cup ever. This first-of-its-kind trip brings young athletes to the epicenter of the world’s most popular sport. The student athletes will experience the pinnacle of competitive soccer alongside hundreds of thousands of fans from all over the world while learning about more their sport, seeing today’s top competitors in action, and sharpening their own skills through competitive matches against European teams.

The trips are organized by WorldStrides Excel, a division of WorldStrides that connects student athletes around the world through sports tours and tournaments. During their time in France, the U.S. school and club soccer teams will compete against local French teams, experience World Cup matches alongside thousands of other soccer fans, and grow their understanding of international soccer culture by immersing themselves in one of the sport’s most elite tournaments.

“The FIFA World Cup is the premier venue of the world’s most popular sport. For a young athlete to actually be present for that event is transformative–they become part of a global community united by a love and respect for this game,” said Eric McAleer, Senior Vice President and General Manager of WorldStrides Excel. “Many of the students who come on our trips have never experienced a professional match. When they  witness firsthand the influence soccer has on cultures worldwide, they bring that joy and energy back to the U.S. soccer community. Female student athletes, in particular, leave empowered by their role models on the U.S. women’s team to prove they have every bit as much athletic potential as any of their peers.”

While soccer is the world’s most popular sport, it has long been eclipsed in the U.S. by homegrown alternatives like football and baseball. Youth are fueling the sport’s growing domestic popularity, though: more than 3 million young athletes play soccer each year, equally representing young girls and boys, and attendance at Major League Soccer events more than doubled from 2.9 million to 7.3 million over the last 10 years.

WorldStrides’ Excel division works to cultivate and inspire youth talent by providing opportunities for American teams to compete with peer athletes from around the world, experience other countries’ soccer fervor, and receive top-quality coaching.

“I have had the privilege to share my passion for soccer with thousands of the U.S.’s most talented, enthusiastic young players through international trips — and I have seen how connecting with the world’s soccer culture lights a spark in them, bringing a new level of passion for the game,” said McAleer. “As a young player in Scotland, I was lucky to have a few opportunities to connect with other players abroad and begin to understand my sport’s unparalleled ability to bring together people from all over the world. It drove my career trajectory as a professional player. I founded Excel Sports because I believe that U.S. players deserve the same chance to experience soccer in its full glory—and I cannot imagine a better introduction to the international soccer community than the Women’s World Cup.”

The teams traveling to France on the FIFA Women’s World Cup tour begin departing June 7 for France, and will be in Europe throughout the tournament.