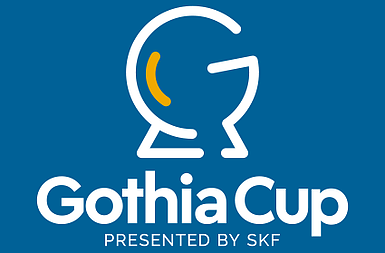 Gothia Cup is the world’s largest youth soccer tournament and arguably the most international. From July 16 – 22, 2023 in Gothenburg, Sweden, your team can join over 1,700 teams from 80 countries to experience a high standard of play and a level of excitement unsurpassed in youth sports. From the Olympic-style opening ceremony to the 4,500 matches played in front of thousands of fans to Gothia Cup Disco, the Gothia Cup delivers an experience like no other.

The following player age groups are invited to participate in this year’s Gothia Cup tournament:

* The age category plays 9-a-side. We reserve the right to cancel this category no later than April 1st if less than 20 teams are registered.

** In girls and boys 11 and 12 no results are published and there is no plat off. Instead there will be a second group stage. Please read more under §2.4 Competition rules.

Pronounced ‘Yot-ta-borry’ to Swedish locals, Gothenburg is one of Sweden’s oldest and most charming cities with plenty see and do. The beautiful city architecture blends well with the cobbled streets, shopping areas, restaurants and cafes.  Many teams take a trip to nearby Liseberg, the top amusement park in Northern Europe, when in Gothenburg for the Gothia Cup.

The Gothia Cup is the world’s largest and most international youth football tournament. Each year, around 1,600 teams from 80 nations take part and they play 4,500 games on 110 fields!

DAY 2:
TRAVEL TO GOTHENBURG
Today we will transfer from Copenhagen to Gothenburg. For the next six evenings, we will enjoy the convenience of our centrally-located Gothenburg hotel, where daily breakfast will be included. We begin with a welcome meeting and orientation where everyone will receive a Gothia Card which will allow you to take part in all of the Gothia Cup’s fantastic events and provide entry to many of Gothenburg’s tourist attractions. After orientation will be free time to explore the surrounding area.

Tonight we will have dinner in the hotel restaurant. After dinner we will have time to experience the Heden Center (Gothia Cup Headquarters) or take part in any social activities that may be organized by the Gothia Cup. Evenings are the ideal time to meet fellow soccer lovers from around the globe and maybe make a global friend for life!

DAY 3:
FIRST ROUND MATCH
We will play a first round Match against a team. The team will meet and compete against athletes of similar ages and skill levels. The match is central during the Gothia Cup – it is the reason why you are here.

Our tour director will lead us on a guided City Tour of Gothenburg. We will begin at Guldhedens Vattentorn the 394-ft. water tower, which is the best way to get our bearings when you set out to see the city. Other highlights will include: the cultural center, Götaplatsen, with its Poseidon Fountain, sculpted by Carl Milles; the Concert Hall; the municipally owned theater; the Göteborgs Konstmuseum; and the Ålvsborg Bridge spanning the Göta River, which one of the longest suspension bridges in Sweden at almost 2,953 ft.

Tonight we will have dinner in the hotel restaurant.

OPENING CEREMONIES
Tonight we will attend the Gothia Opening Ceremony, which celebrates harmony and fellowship. Similar to an Olympic ceremony the atmosphere surrounding the opening of the Gothia Cup is electric, enough to make you shiver with excitement. It’s a memory you’ll remember and smile at for the rest of your life. The ceremony takes place in Ullevi Stadium and is a show that takes about two hours. The presentation of the participating nations is memorable, as will be the Music, singing, dancing, and fireworks. More than 50 000 players, coaches, supporters and locals create a magical atmosphere at Ullevi Stadium. There are nearly 500 dancers, 10 musicians and 15 solo artists accompanying this great culture mix.

DAY 4:
FINAL FIRST ROUND MATCH
This morning we will have breakfast at the hotel followed by another first round match.

DAY 5:
FIRST & PLAYOFF ROUND MATCHES
We will play either a final first round match, or a Playoff Round Match against an international team.

After the match, we will have dinner in the hotel restaurant. After dinner we will have time to experience the Heden Center or take part in any social activities that may be organized by the Gothia Cup.

DAY 6:
PLAYOFF ROUND MATCHES
We will play Playoff Round Matches against an international team.The team will meet and compete against athletes of similar ages and skill levels, and have the opportunity to make friends for life.

During our time not playing a match, we will have free time to enjoy the Heden Center, Gothenburg, or to watch other Gothia Cup matches.

Tonight we will have dinner in the hotel restaurant. After dinner we will have time to experience the Heden Center or take part in any social activities that may be organized by the Gothia Cup.

DAY 7:
PLAYOFFS & CUP FINALS
Today the playoffs continue and the Gothia Cup Finals commence. The various age and gender brackets will compete for the Gothia Cup titles. During our time not playing a match, we will have free time to enjoy the Heden Center, Gothenburg, or to watch other Gothia Cup matches.

Tonight we will have dinner in the hotel restaurant. After dinner we will have time to experience the Heden Center or take part in any social activities that may be organized by the Gothia Cup.

DAY 8:
GOTHIA CUP FINALS
Today the Gothia Cup Finals conclude. The various age and gender brackets will compete for the Gothia Cup titles. After the finals we will transfer back to Copenhagen. Copenhagen is a place of contrasts; this cobblestone city has been Denmak’s capital for over 1000 years and is home to the world’s oldest monarchy. Yet modern Copenhagen is a surprisingly cosmopolitan city of cutting-edge fashion and design and striking modern architecture.

Our base for the night will be in the Copenhagen area where we will explore the area and have dinner at the hotel restaurant.

DAY 9:
PREPARE FOR HOME
This morning we will have breakfast at the hotel and prepare to board our private coach that will transfer us to our hotel in Europe.

As a parent, what should my child be prepared to bring on his/her trip to the Gothia Cup?

In addition to all normal soccer equipment that they’ll need for the next 9 days, along with street clothes for social activities, toiletries, and cash, all players and coaches should show up to the airport for their flight to Gothenburg with a valid passport. For more information on how to apply for and obtain a passport, visit the U.S. Department of State’s website page on how to obtain a U.S. Passport.

How many actual games will we play on our Gothia Cup trip?

Each team is placed in a group of 4-5 teams during group play. The minimum number of games the team would play is four. However, depending on how they perform, teams advancing to the playoffs after the first three matches could play 5 matches, possibly more. The average number of matches each team plays is 5.8.

What organization hosts the Gothia Cup?

The Gothia Cup is owned and managed by BK Häcken, a non-profit sports association in Sweden.

What do we win if we advances to the Gothia Cup finals?

For additional questions, please contact us and one of our Gothia Cup travel specialists will respond immediately!

It was an absolutely amazing experience for the girls and myself. We had an outstanding time at the Gothia Cup and got to play some of our best soccer. Thank you so much for all your work in organizing this trip for us. I will definitely recommend this tour and WorldStrides Sports to my colleagues and friends. Our tour guide Graham was an asset in London and was extremely knowledgeable and personable. Everyone really enjoyed his expertise and sense of humor. It was a perfect venue for the girls as they got to mingle with other teams from all over the world. I can speak for all the parents and say that we all thoroughly enjoyed every part of this tour.
– Debra Stranaghan, Coach, Kelowna X-treme, Gothia Cup